Given an integer array number that has been arranged in a non-decreasing order, find out from the array that the sum of two numbers satisfies the sum equal to the target number.

The function should return the subscript values of these two numbers as an array of integers of length 2.
Numbers'subscripts count from 1, so the answer array should satisfy 1 <= answer[0] < answer[1] <= numbers.length.

You can assume that each input corresponds to a unique answer, and that you cannot reuse the same elements.

Now that we are solving the minimum depth of a binary tree, let's go through the whole binary tree and determine the depth.

Use depth first search to traverse the entire tree and record the minimum depth.

For each non-leaf node, we only need to calculate the minimum leaf node depth of its left and right subtrees separately.

This translates a big problem into a small one, which can be solved recursively.

Using the ordered nature of arrays, the second number can be found by means of binary search.

To avoid repetitive searches, only search to the right of the first number when searching for the second number. 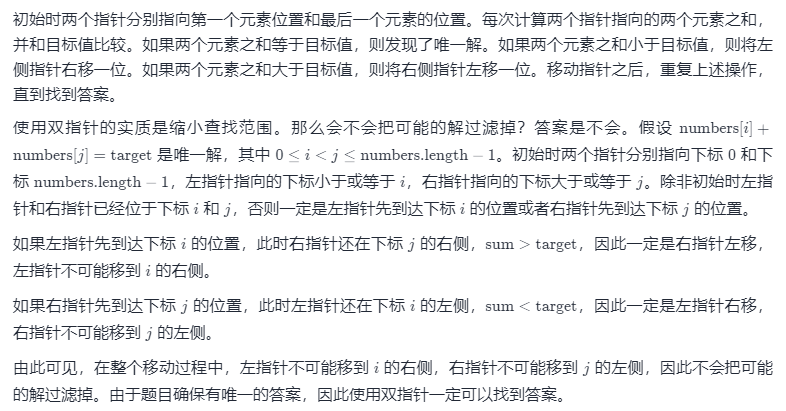