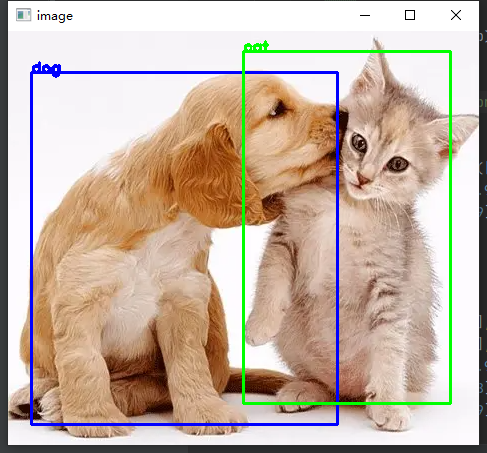 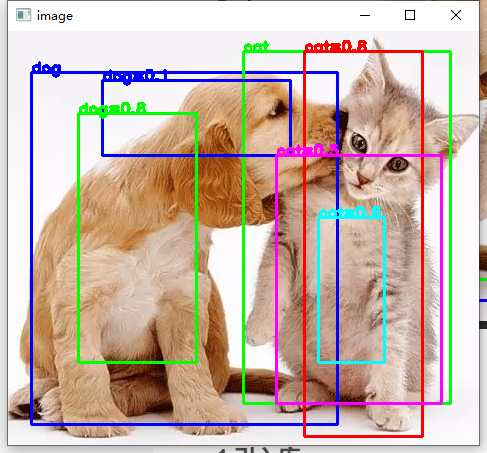 The following figure shows the non maximum suppression I realized using the NMS officially provided by pytoch. It can be seen that the prediction frame retains the best effect and removes the redundant prediction frame after NMS. 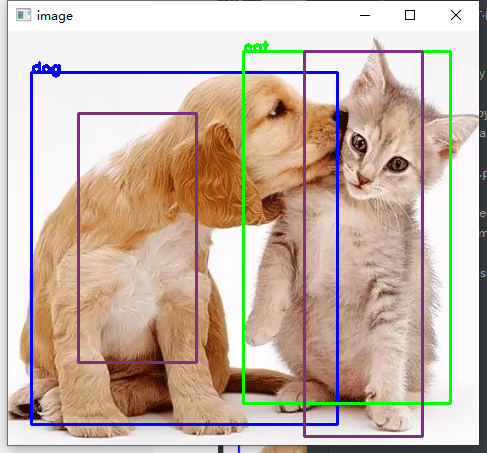 Let's talk about the flow of NMS algorithm, which is actually very simple

1, Select the prediction bounding box B1 with the highest confidence from all candidate boxes as the benchmark, and then remove all other bounding boxes whose IOU with B1 exceeds the predetermined threshold.

2, Select the bounding box B2 with the second highest confidence from all candidate boxes as a benchmark, and remove all other bounding boxes whose IOU with B2 exceeds the predetermined threshold.

3, Repeat the above operation until all prediction boxes are used as benchmarks - at this time, no pair of bounding boxes are too similar

In the source code of YOLOV5, the author directly calls the official NMS API of pytoch

Non in general.py_ max_ In the suppression function

In order to facilitate the subsequent improvement of other NMS, we also write an NMS algorithm ourselves, which draws lessons from Mu Shen's code b station link , you can directly change the torchvision.ops.nms above to the NMS function below in YOLOV5

Here is the function for calculating IOU - bbox_iou directly refers to the code in yoov5, which succinctly integrates the calculation of giou, Diou and ciou.

In fact, DIOU-NMS is to change the IOU threshold in the NMS algorithm I mentioned above to DIOU, and set DIOU in the NMS code to True.

According to DIOU's paper, if NMS is simply used, that is, IOU is used as the threshold to screen out other prediction frames, when two objects are too close, it is likely that the prediction frame of the other object will be filtered out.

Like the motorcycle in the picture below. Using DIOU-NMS can improve the detection of close objects to a certain extent.

There is also a soft NMS algorithm on the Internet. Its idea is the traditional NMS. If other boxes are directly removed only through the IOU value, it may be inappropriate, so soft NMS is introduced.

The f () function is now a Gaussian function

Online views on this effect are also mixed. I haven't tried it myself, but intuitively, I personally don't think the effect will be greatly improved. If you are interested, you can try it yourself.