Quicksort is an improvement on bubble sort. The basic idea is: through one-time sorting, the data to be sorted is divided into two independent parts. All the data in one part is smaller than all the data in the other part, and then the two parts of data are sorted quickly according to this method. The whole sorting process can be recursive, so that the whole data becomes an ordered sequence

Number of excavation and filling + divide and conquer method 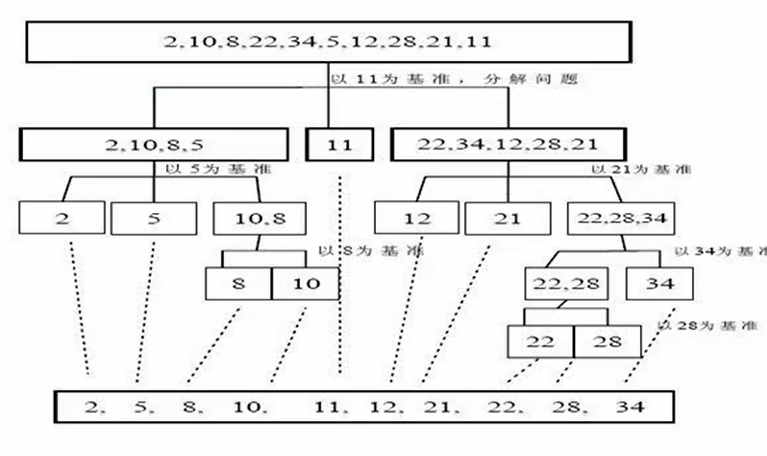 Quick sort uses divide and conquer strategy to divide a sequence into two subsequences. The basic steps are as follows:

Taking an array as an example, take the first number of the interval as the benchmark number.

Repeat the above steps, first from the back to the front, and then from the front to the back.

Summarize the number of excavation and filling

2. j -- find the number smaller than it from back to front, dig out the number and fill it in the previous pit a[i].

3. i + + find a number larger than it from front to back. After finding it, dig out the number and fill it into the previous pit a[j].