Image classification, according to the different characteristics reflected in the image information, is an image processing method that distinguishes different types of objects. It uses computers to analyze images quantitatively, and classifies each pixel or region in an image into one of several categories to replace human visual interpretation.

Classification means that several categories are prepared in advance, and then a target object is assigned to a category according to certain characteristics. Classification can be considered in the following cases:
(1) Image segmentation
(2) Target recognition
(3) Quality inspection
(4) Defect detection
(5) Optical character recognition (OCR)

MLP is a dynamic classifier based on neural network. MLP classifier can be used in general feature classification, image segmentation, OCR and so on.

MLP (multi-layer perceptron) is also called Artificial Neural Network (ANN). In addition to the input and output layer, there can be multiple hidden layers in the middle. The simplest MLP only contains one hidden layer, which is a three-layer structure, as shown in the following figure:

SVM is support vector machine, which is used to realize data classification. SVM is used for two categories, that is, there are only two categories.

As shown in the figure below, there are two types of sample data (orange and blue dots), the red line in the middle is the classification hyperplane, and the points on the two dashed lines (three orange dots and two blue dots) are the closest points to the hyperplane, which are the support vectors. In short, as a support vector, sample points are very important, so that other sample points can be ignored. The classification hyperplane is SVM classifier, through which the sample data can be divided into two parts. 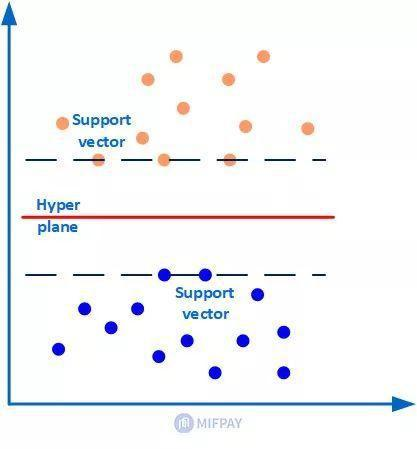 GMM(Gaussian Mixture Model) refers to the linear superposition and mixing of multiple Gaussian models of the algorithm. Each Gaussian model is called a component. GMM algorithm describes the distribution of data itself.
GMM algorithm is often used in clustering applications, the number of component s can be considered as the number of categories.
Assuming that GMM is a linear superposition of k Gaussian distributions, the probability density function is as follows: 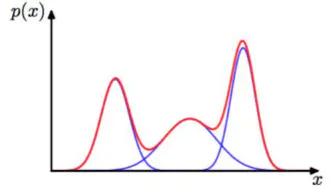 k-NN classifier is a simple but powerful classifier, which can store all the training data and classification, and can also classify the new samples based on their adjacent training data.

K-nearest neighbors (knn) is an instance based nonparametric learning algorithm. Here, the input consists of K recent training instances in the dataset, and the output is a class member. The classification principle of a new object is that it is divided into the most of the nearest K neighbors. In particular, when k = 1, the object is assigned to the class of the nearest neighbor. In general, neighbor weight can be assigned to represent the contribution of neighbor to classification. For example, you can take the reciprocal of the distance from an object to each neighbor as its weight. The disadvantage of knn algorithm is that it is sensitive to the local structure of data and easy to over fit data. 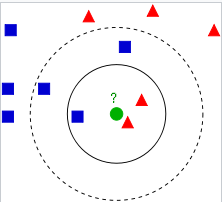 What kind of feature to choose depends on what the detected object is and what the classification requirements are. 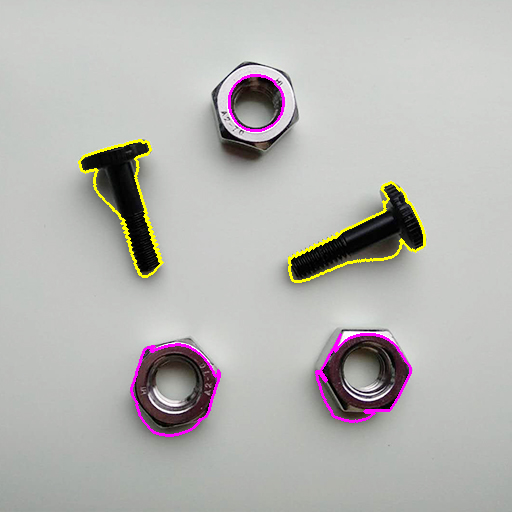 OCR detection is divided into offline training and online detection.