This article will build a project in IDE and write corresponding code through the class diagram shown below. In practice, we will recognize the inheritance, aggregation, synthesis (combination), association, dependency of Java. After you finish this project, you will have a deep understanding of these relationships. If someone else gives you a class diagram in the future, you will know how to do it, so class diagram drawing will naturally not be there.Next. 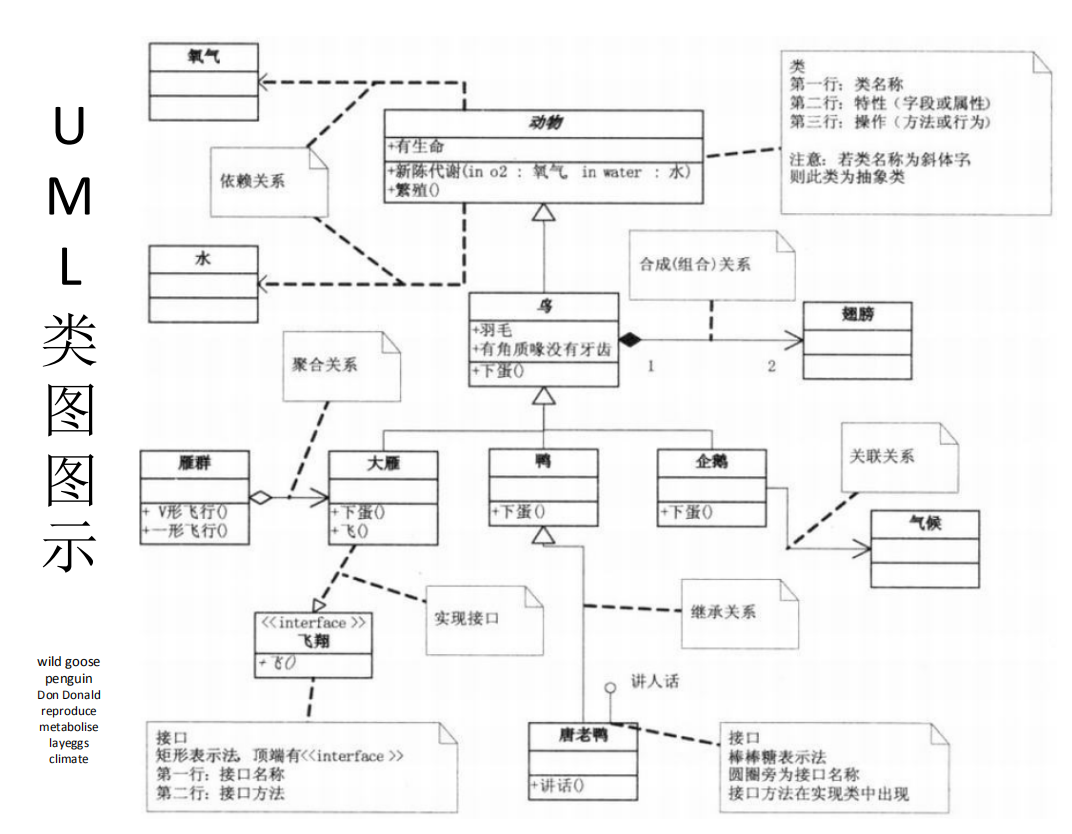 This inheritance is the most, divided into inheritance classes and interfaces. First, animals, birds, geese, ducks, penguins, flight interfaces, speaker interfaces are created, and the inheritance relationship is realized one by one.The class conversion relationship between the class diagram and the code is as follows:

Rewriting polymorphisms about inheritance, also known as method overrides, is often confusing by distinguishing them from method overloads.
Overload: In the same class, methods have the same name (a method with the same name appears), and the parameter list distinguishes which method is called specifically.
Override: In a class hierarchy, a method in a subclass is called a method override if it has the same method name, the same return value type, and a parameter list of the same number and type as the method in the parent class.When an override method is called through a parent reference, Java determines which version of the method to execute based on the type of object being referenced.
Reference parent class members as super keywords to reference:
Super.member variable or super.member method (parameter)
For construction methods, the reference is super (parameter)

The result of the code above calls the printA method of the subclass.

More about Java polymorphisms here, polymorphisms are not reflected in this example from the perspective of parent-referenced invoked subclass objects, so less is said, only mentioned in the last summary paragraph.Continue with this example. 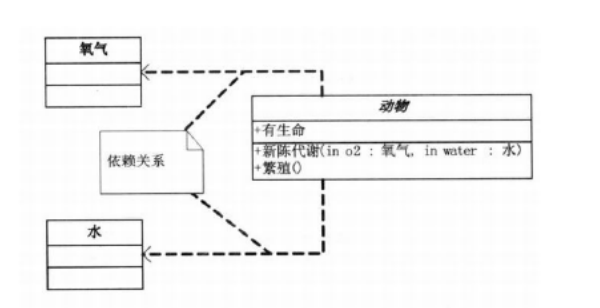 Then the dependency of this example can be achieved (of course, I am just one way, I think, there are many other ways, if there are new ideas I can think about)

Relevance reflects a strong dependency on the semantic level between two classes, or between classes and interfaces. It makes one class know the properties and methods of another class. This relationship is stronger than dependency. It is not accidental or temporary, but a long-term, relatively equal relationship, which is shown at the code level, and takes the form of class attributes for the class B being related.The expression appears in class A, or it may be that the associated class A references a global variable of the associated class B.If the penguins in this example are related to the climate, then there should be a class attribute of the climate class in the penguins. They are an "owning" relationship. 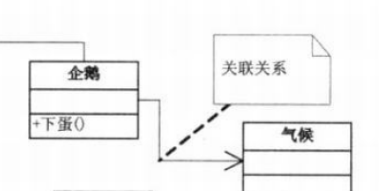 The implementation code is: 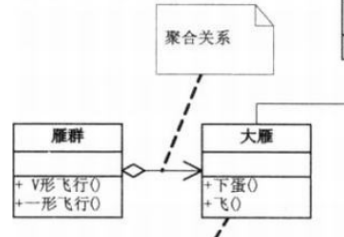 The code implemented through Java does not really distinguish between associations, but the two classes are not at the same level.

Combination is also a special case of association, stronger than aggregation, and a strong aggregation relationship.It also reflects the relationship between the whole and the part, but at this time the whole and the part are inseparable, and the end of the whole life cycle also means the end of the part life cycle, and vice versa.If the brain and human beings, as well as the birds and wings in this case, it's really terrifying that a bird has no wings.

The implementation code is as follows:

And nothing is different in code from associations

I've given most of the code in the process, leaving the classes that implement inheritance as follows: