We should think: the linked list inserted by the head insertion method is just the opposite of the input
We can define a pointer p to the first valid node,

Now the head linked list is empty, leaving only the head node.

What we need to do now is to insert the node pointed to by p into the above linked list according to the head insertion method
We need to remember the address of node 67 first, and then insert the 25 header

The smaller the time complexity and space complexity, the better
It is impossible for a single linked list to traverse from back to front, so the tail pointer cannot be defined to point to the tail node
What can we do?
Method 1: open up an array to store these data, and then access the end of the array and subtract the subscript
This operation wastes space.
Method 2: traverse the linked list and count the number of nodes. The reciprocal number is positive: the total number - the reciprocal number, and then traverse the positive number from the node to access it
But if this linked list has 4 million nodes, looking for the penultimate third, don't you want to traverse all nodes, and then traverse (4 million - 3) nodes from the beginning. The linked list has been traversed twice in total. The longer the linked list, the more time we spend.

p points to the end node, and then pre and p continue

If P and pre are initialized to point to the first valid node, first determine that P is empty, then p goes back (k-1) nodes, and then p and pre go back together until P is empty. Pre points to the penultimate node

Then compare the data fields of p and q pointing to the node. If 25 is greater than 13, hang the node pointed to by q pointer behind last 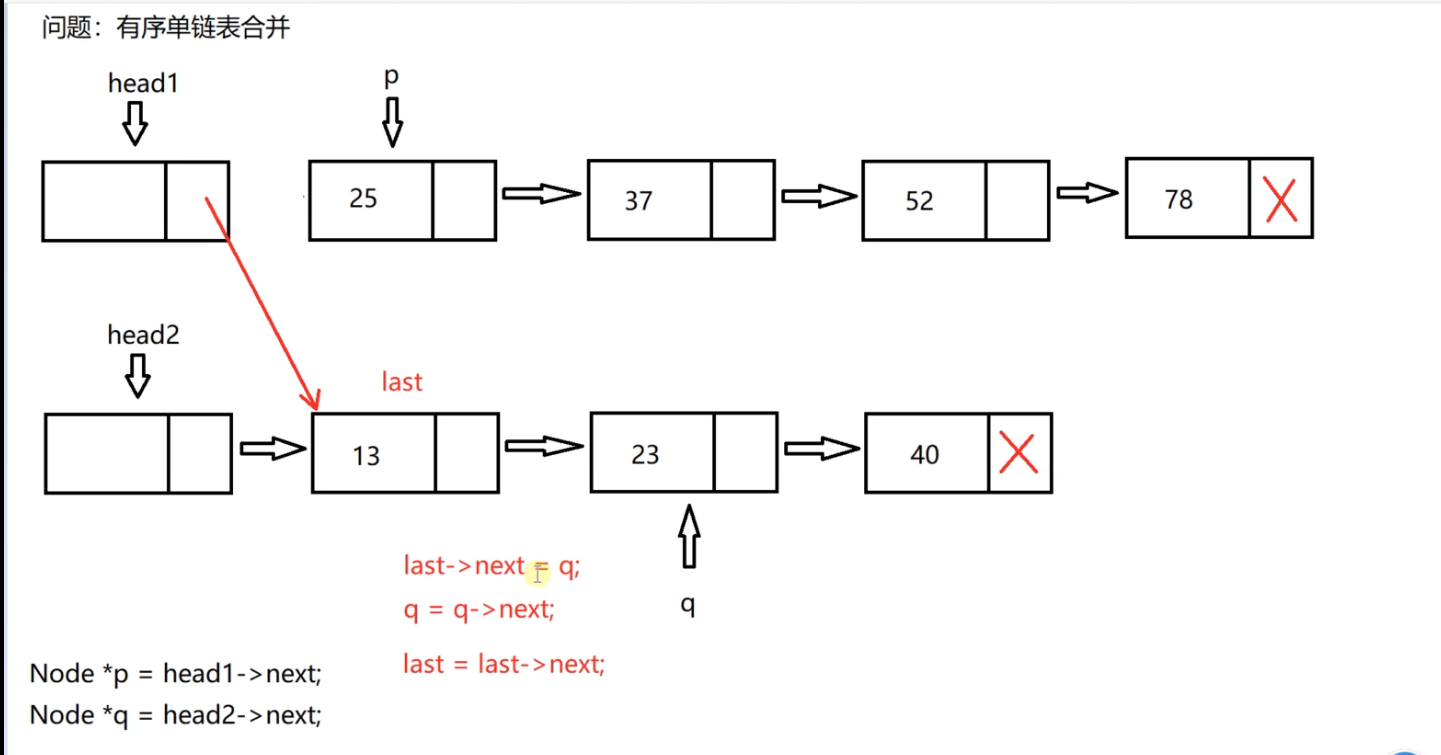 Then go on, p and q compare, and q is small, so go on doing the same thing 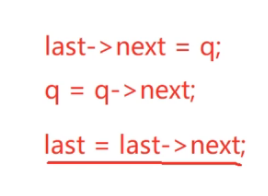 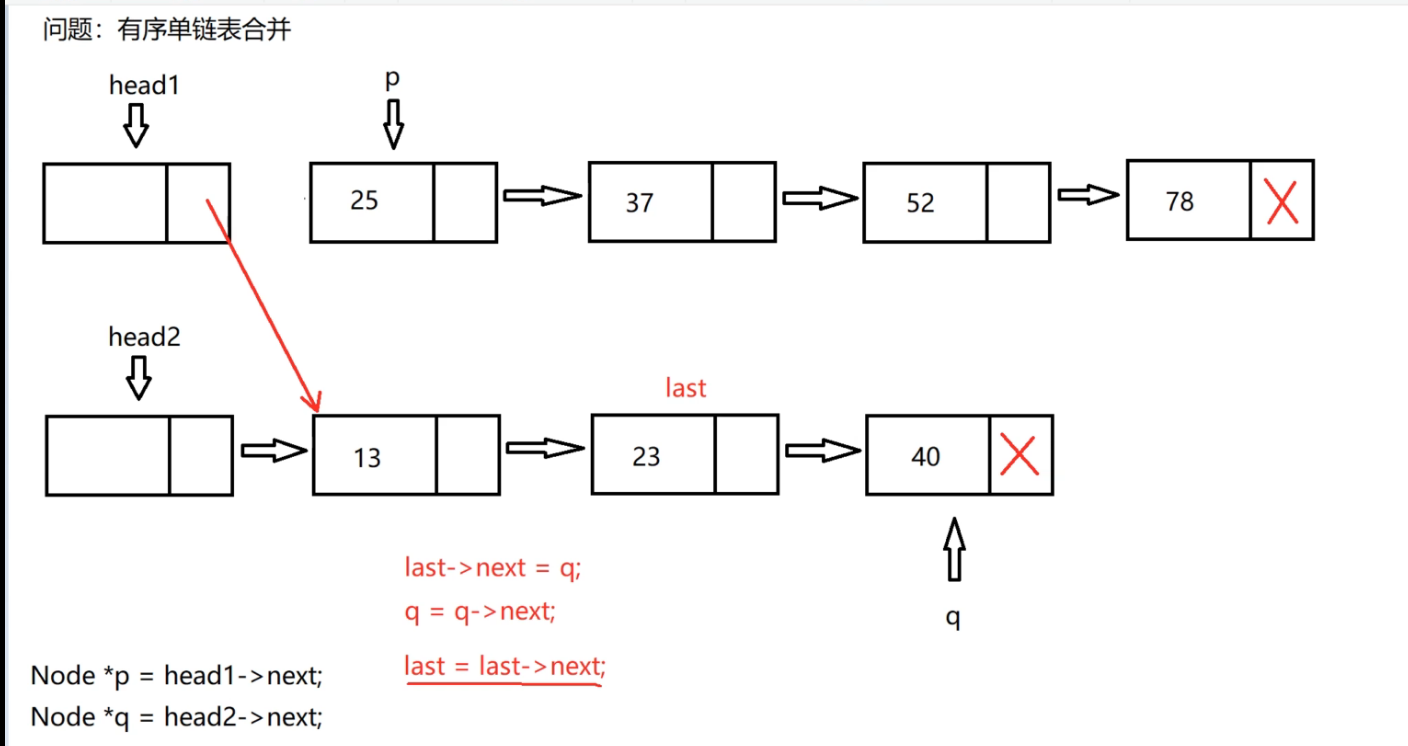 Then p and q are compared. When p is smaller, connect the node to which p points 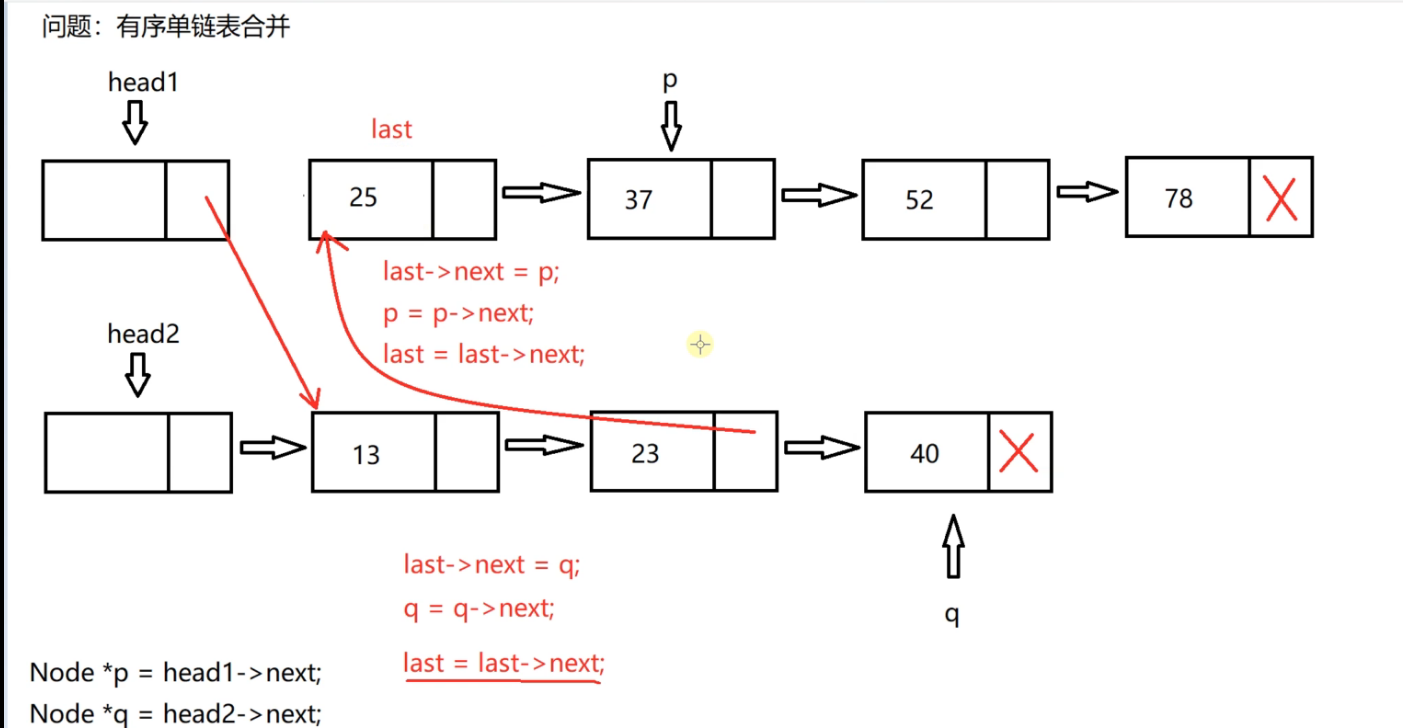 Then p and q are compared, P is small, and the node pointed to by P is connected 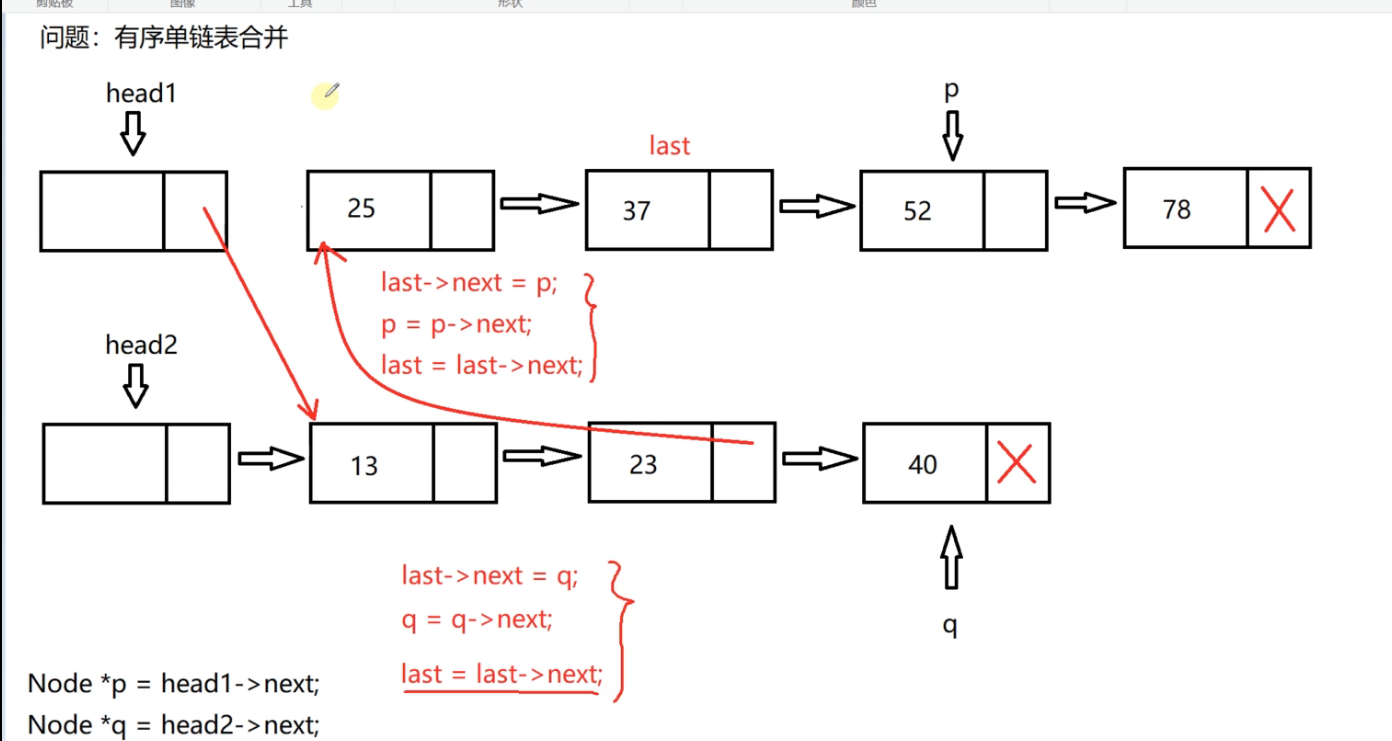 Then compare p with Q, q is small, and connect the node pointed to by Q 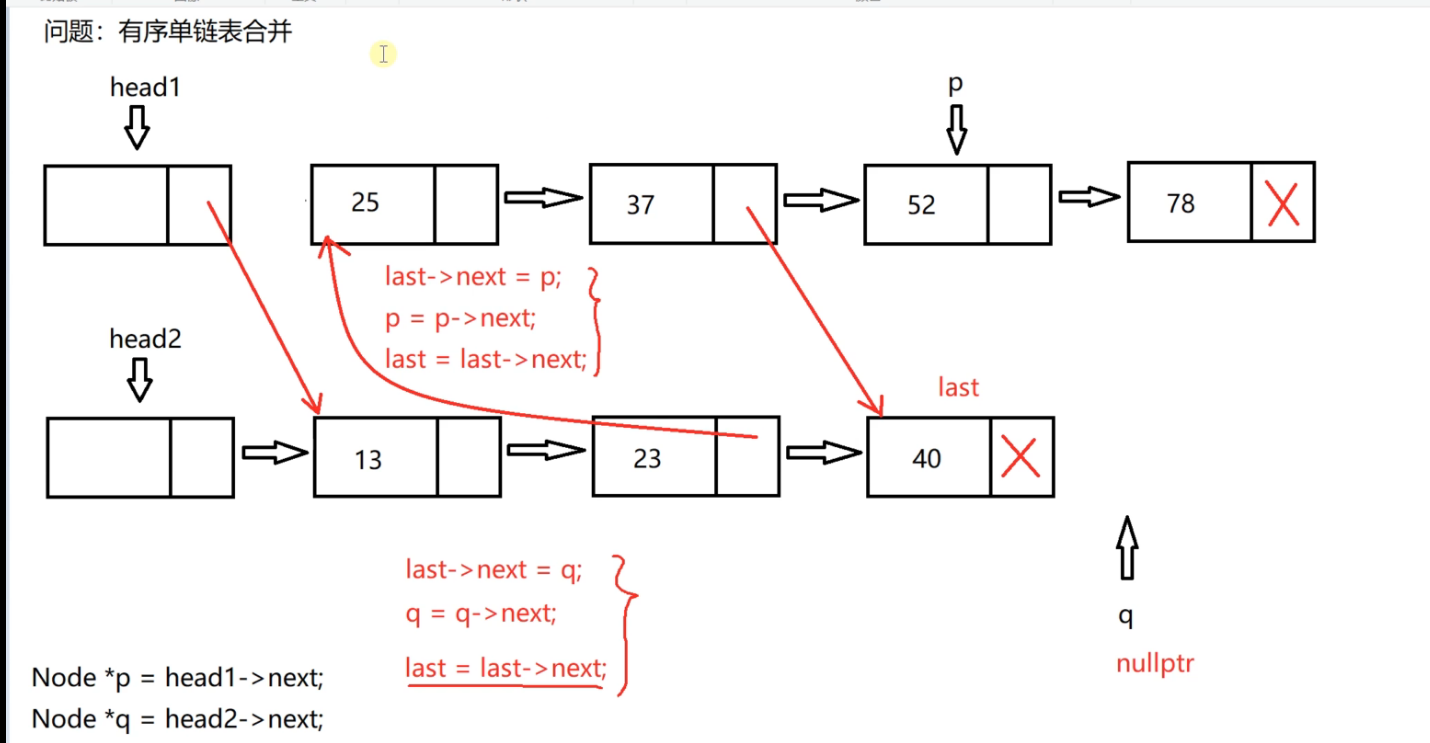 Now q points to null, p and q can't be compared
Therefore, we have a while loop condition:

When two linked lists, one of them traverses to empty.
If q is empty first, that's what happened just now. 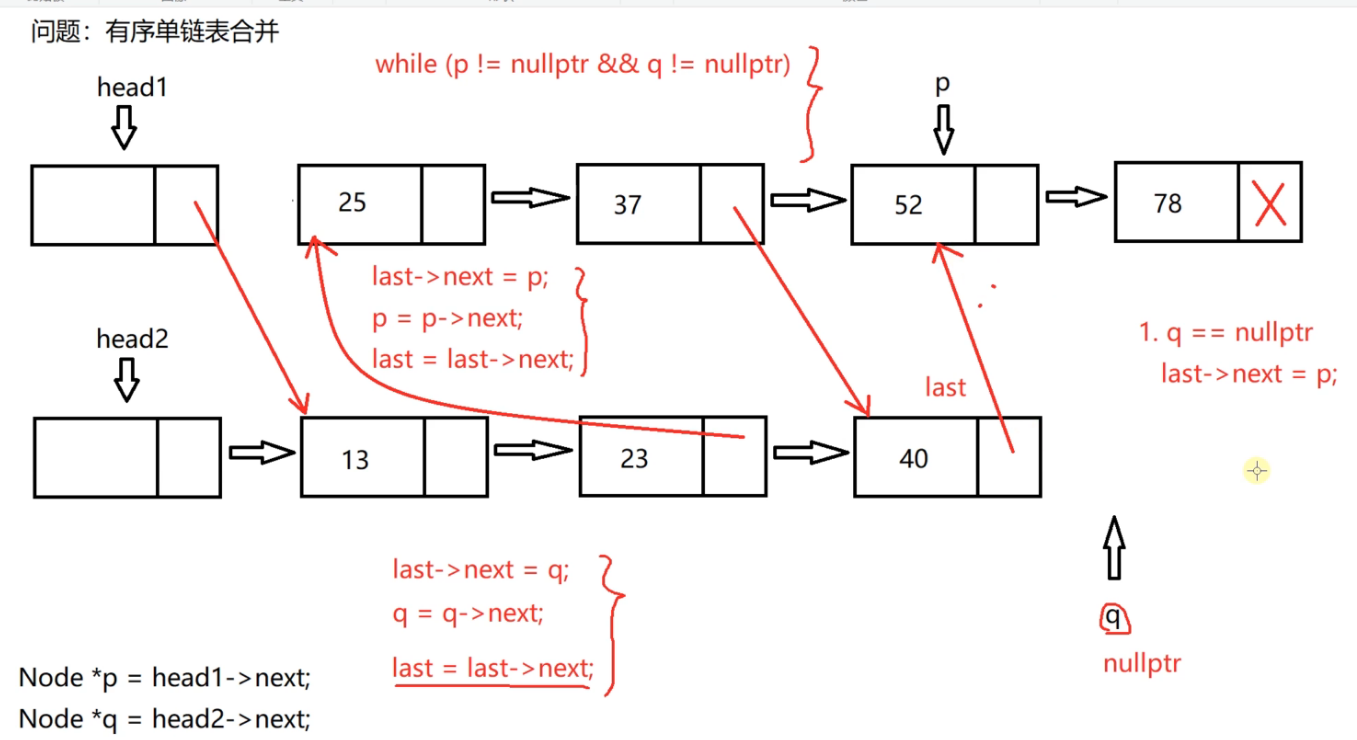 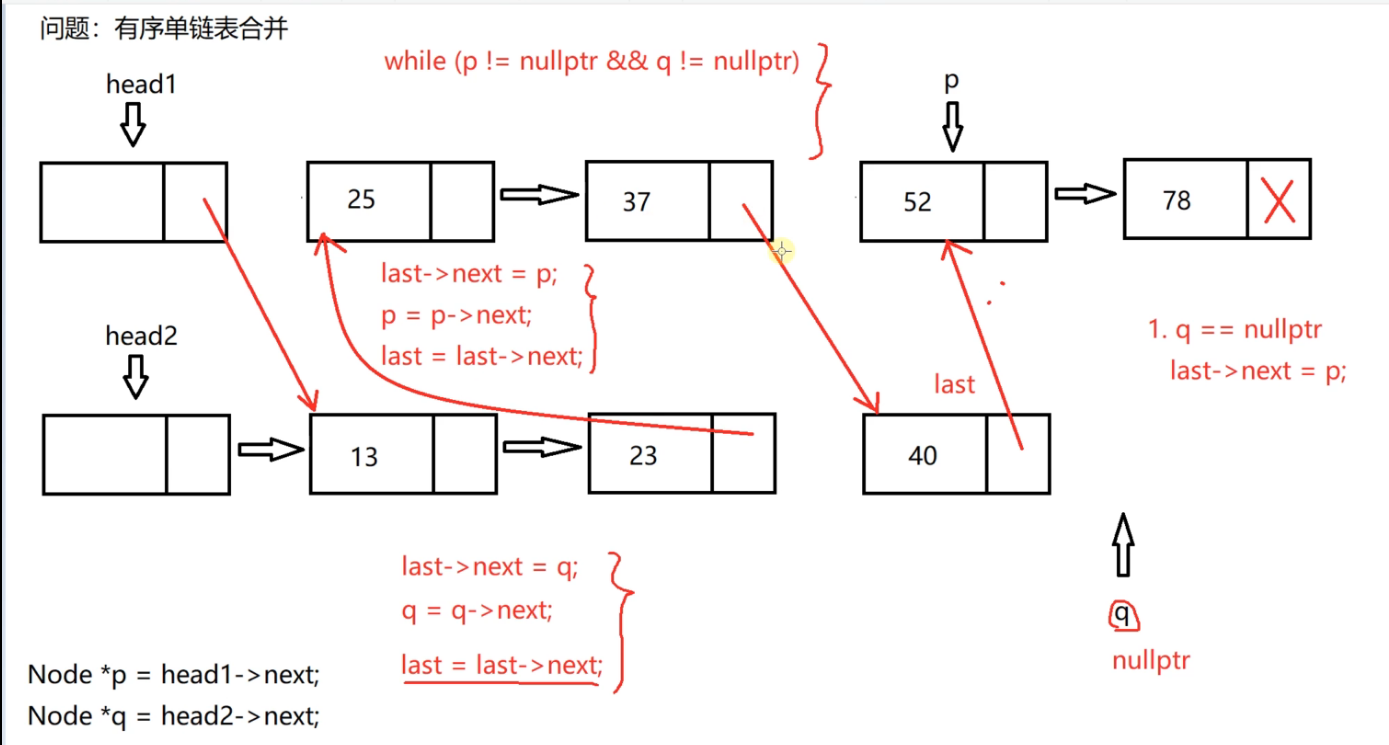 If p is empty first