As for what clojure is, you can baidu by yourself. In short, it is a program written in Lisp language, compiled into. class and run on the jvm, so you need jre. The independent clojure can be found on the official website. At present, the stable version is 1.8 https://clojure.org/index . After downloading, there is a zip file with a jar clojure-1.8.0.jar, which can run like common jars. In this way, a REPL interactive environment will be obtained. Of course, jre (java8) needs to be pre configured.

This is something similar to maven on clojure. It seems that it essentially integrates maven and uses the configuration file of maven under the current user, but maven itself should not be required. Installing and running Leiningen also does not require pre installing clojure itself.

Official website https://leiningen.org/ , there is an installation method above, which is to install and run through a script (lein for linux, or lein.bat for win).

By modifying lein_ Home to point to a specific directory, such as export LEIN_HOME="${LEIN_HOME:-"/home/test01/lein"}". Modify lein if necessary_ Point to the jar, or place lein's jar according to its directory name. In this way, lein script will no longer try to download online.

You can learn about leiningen Chinese Course

Run the installed clojure REPL. If there is no accident, it will flash back. If you flash back, run cmd lein -version and you will be prompted to install first. See the prompt for the installation command, but the command can't be executed basically because there is a wall. Follow the next step to install.

go https://github.com/technomancy/leiningen/releases Download leiningen-2.8.1-standalone.zip, find the lein installation directory installed in the previous step, put it in the self install folder (C: \ users \ Marvin. Lein \ self installs), and change the file suffix to. jar.

Or you can directly search the installed program in the windows start bar and click open. 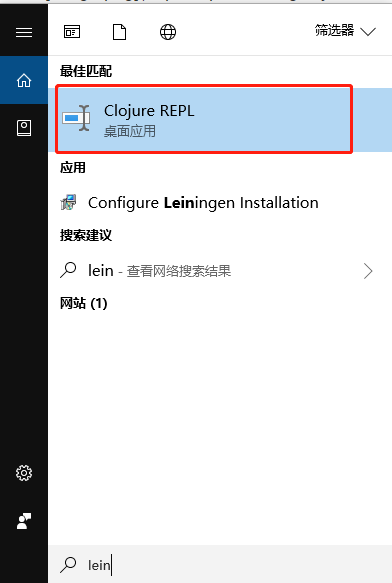 3. Use Intellij Idea as the development IED

Note: if you can't install it online, you can download The zip package of the corresponding version plug-in of your IDE can be imported and installed locally.

As shown in the figure, a new demo project is created locally. You can right-click the. clj file to run it. 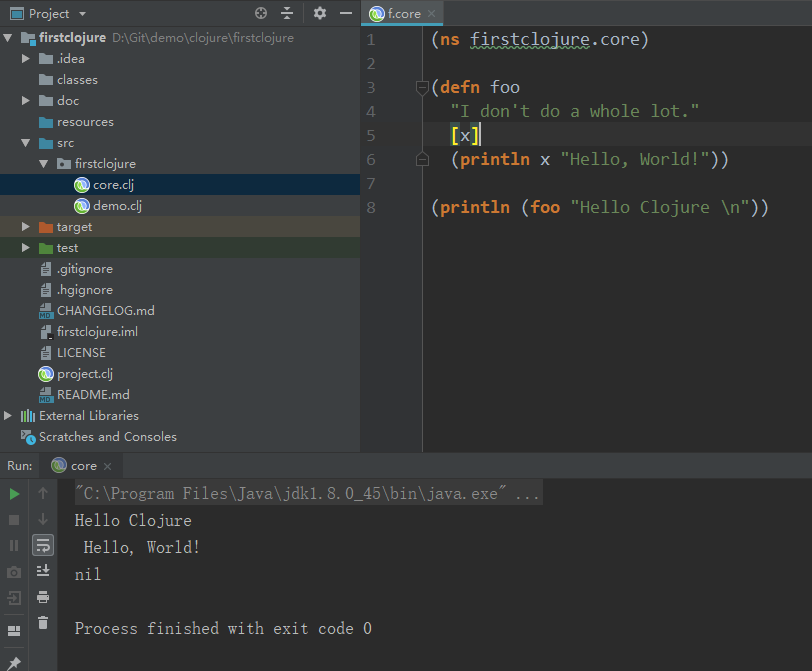 It is also convenient to execute code through lein run, but if we want to share our code, we need to generate a jar file. We use lein uberjar to generate jar. The generated jar file is target/uberjar/clojure-noob-0.1.0-SNAPSHOT-standalone.jar. We can run it directly in java.

More resources can be learned through our company's Clojure website, Clojure learning

Because third-party packages are used in actual projects, dependency processing cannot be avoided. Using lein to run and package projects is the same as maven. The problem encountered during the test is that jre can't link to lein's official warehouse clojars, prompting the SSL authentication problem. At this time, you can open its home page with a browser, save the certificate of the website as a cer file, and then add it to jre's lib/security/cacerts file, which is jre's default certificate warehouse. Refer to the usage of java keytool for specific steps.

If you specify a private repository in the project.clj file and need to log in, you can add username and password after the repository corresponding to project.clj, such as the following configuration. You can refer to official examples https://github.com/technomancy/leiningen/blob/stable/sample.project.clj , which is mentioned in the notes.

The simple uses of lein are as follows:

lein repl: opens the REPL environment. lein run: run the project. lein uberjar: package the project (cd to the path of project.clj), including dependencies. After getting the jar, it is no different from the ordinary jar.